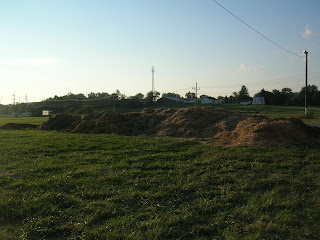 this delicious pile-o-crap is less than 100 feet from my trailer..the smells, the flies..the joys of show biz.. 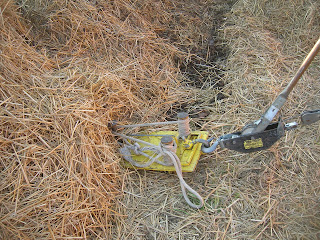 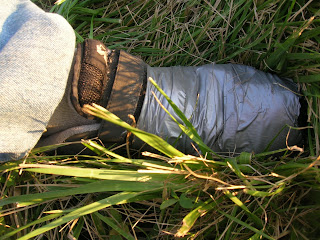 back yard view from back door 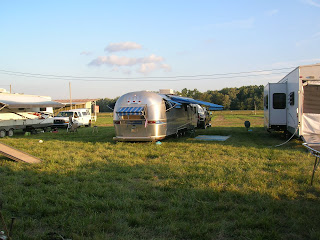 a small back yard 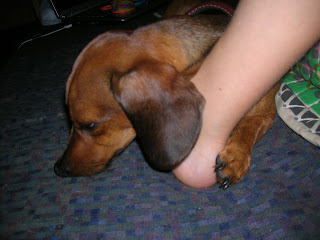 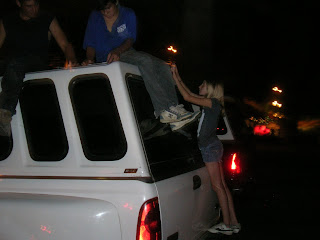 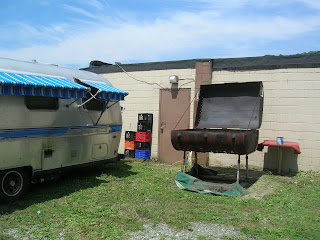 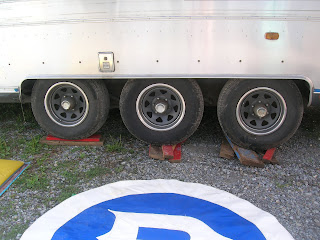 Moose is recovering from a ruptured ulcer 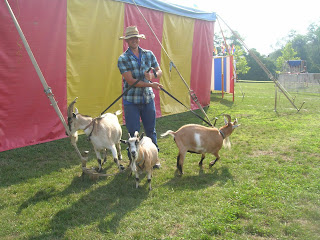 Jeremiah is now Farmer Cook, except I think he is Huckleberry Finn! if there ever was a person you could call that !
Farmer Brown will recuperate in SC 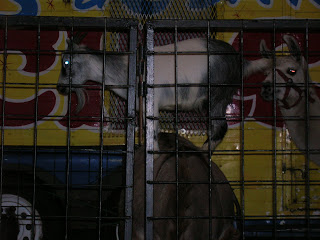 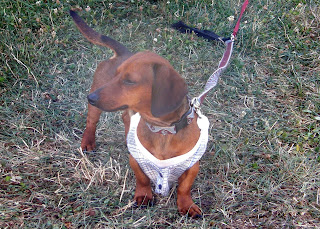 One day, it was October 2008 at the Pumpkin Festival , a friend Dick Kohlreiser came by to borrow a chair to hang by Marshall, who was manning the sound. He innocently opened the screen door and Spartacus , our handsome, manly, virile 9 lb dachshund bolted..he is famous for this
Fresia, Dick and I chased him in hot pursuit. It was a typical chase sprinting as fast as humanly possible and grabbing him when he stopped

well Sparty is still bolting and keeping us sprinting ! yesterday was blogworthy

I went to do face painting with Fresia..we were getting some action so I stayed till 10 minutes before showtime..I went home opened the door and thinking Sparty was on the leash let him out. He wasn't! Sladek came by and informed me Sparty was hanging out by the goats..I slipped on my shoes lightning speed and it began..me screaming to Fresia who was painting , Sparty is loose! we ran to the highway ! He went left ! dodged a motorcycle, they stopped , I yelled get my dog ! they turned around in pursuit ! some sweet wonderful human in a gold colored car nabbed him at the truck stopped ! at the same time "the colonial" had jumped in the green f350 also in pursuit !! we met up at the truck stop Sparty in the pickup acting all I am so cute.
Randall ,petting zoo and animal guy and Martine, tent boss also did a bit of running . we got back to the show at 2.03 (2.00 show) I leashed up Sparty, walked to the tent did a lite pitch a candy,snow cone and corn pitch and said the big show will began in 3 minutes.went to the trailer ,put on a headpiece, my costume , went back to the tent put on some rosin and announced and opened the show...ta da

Fresia and I bonded big time ! nothing like sprinting till you taste blood and thinking if this dog lives I will be a better person at the same time as someone else

imperfect things on a perfect day 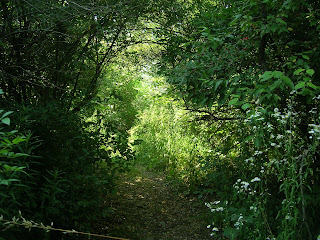 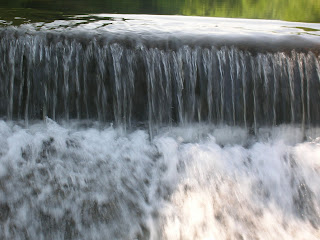 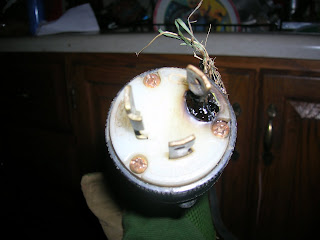 today a bunch of us went on a little hike and found a place to swim and play! even the doggies went swimming..it was one of those positive fellowship things.. it is like the show's planets aligned and all is as it should be 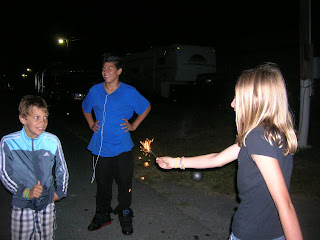 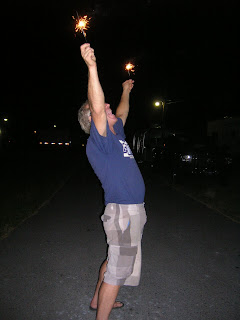 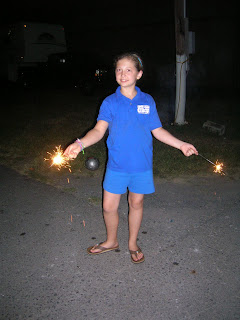 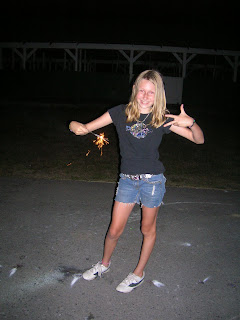 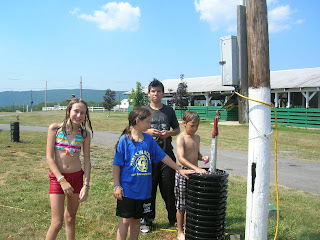 today our circus was in a park AND there was a swimming pool!!!
we went swimming! 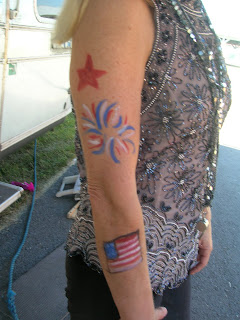 in memory of the late great Earl Ostroff, his birthday was appropriately the 4th of July..

he had great bits of advice

My beautiful daughter has taken over the face painting operation..she had 4th of July specials !! lots of the show proudly sported her work!

we had a tasty barbecue hosted by Albert B.

I am overwhelmed by all my tasks.

lazy, selfish, and cruel are bad qualities , I shall try to avoid them and those that embrace them

Dr. Don Curtis, DENTIST hello ! why did I not know this very important fact?
I am such a knucklehead at times, brought us ( the show) the most magnificent lunch..sigh..
shrimp, brownies, and LOVE! just like Hollywood !

he took photos of us during the show ! I pray to the goddesses of "not looking too hideous" that I look presentable

yesterday we were in a very cool historic town, there was a pool, a t.j. maxx and little league and minor league baseball ruled .YAY for being an American


playing small towns in the summer, getting local produce..