video of culpepper and merriweather 1995

the first year of that tent ! wow so many memories with so many friends! 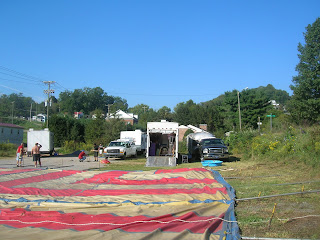 exhaust and generators,some people were pouting and cranky.. I personally didn't think it was that tight..
tight is when you open your door and have an inch of space..between trailers..some people parked on the road, sort of 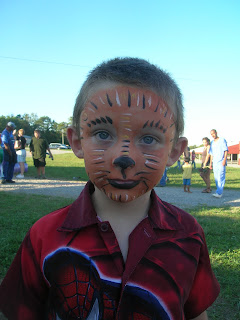 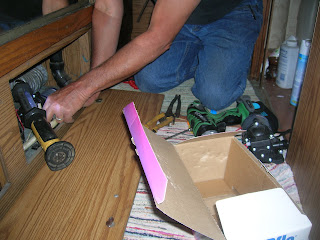 29 days of performing left..people unplugging each other, I am on my 3rd water pump in the trailer this year!I am paying someone to do my laundry! I have about 6 assistants!
I found a really amazing RV and auto repair place near London , KY called
autovizion or something like that.I drove there at night through the hills and parked in their huge parking lot 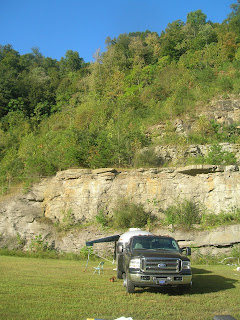 I drove and atoned..

I accidentally fasted most of the day .

We had a sweet birthday party for Pam and Divad.. there was amazing food.. I have to ask Maria P. about that rice..there was some massive pork that was incredible...

someone had a concert ( Marshology- means blew lunch !!) 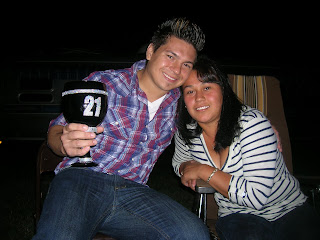 Him and his squeeze Sugey. 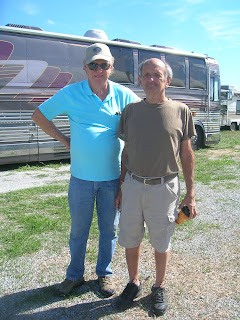 this man is a legend in the novelty toy business of the circus and state fair variety..

He and Bob go back a few years.. 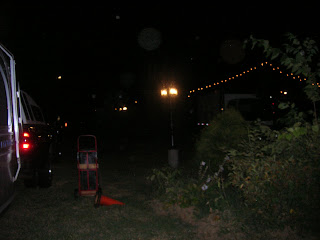 on Thursday the 8th of September, outside my trailer, I had my own street lamp,a very weedy garden and a beautiful view of a bridge..

we did get the truck back the very same day 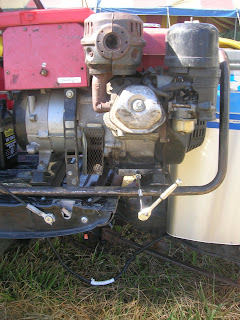 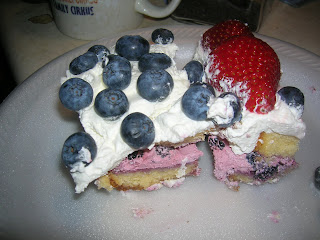 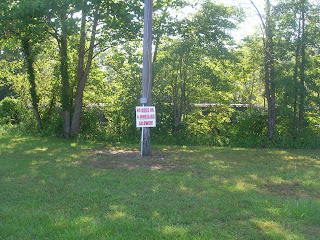 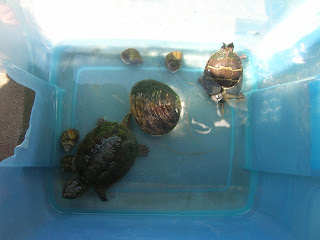 because it was in a cornfield

the next day was back to "normal"

I changed the oil in my generator

Glinda (the good witch) made a spectacular, delish flag cake

yup yup yup ..wow the stories that went on ,between the masses..
1) took the truck to the bar, running their mouths
2)if it was my show I would never let anyone take a truck
3) they walked to the bar, I couldn't go it was too late they returned by 12:46 am the truck was still here
4) I heard it on the scanner someone stole a circus truck
5) found it in a cornfield, running ,30 miles from the town
6) there has got to be more than ,"I just went and got gas, because we are in a white neighborhood with white people"
7)there are so many crack heads and criminals just looking for stuff to steal
8)so with all those freakin yappy dogs not a peep...
9) they left the keys in the ignition, oh that is asking for it
10)well there was nothin worth anything in that truck
11)let me get this straight
NEXT BIG EVENT Sladek is doing his chair act and one of his leveling boards cracks !!!danger,HE ALMOST LOSES IT ON 4 CHAIRS NEVER EVEN MAKES IT TO 6
he comes down early ! I am in my trailer changing and all of a sudden I hear him apologizing on the mike..I bolt out of the trailer , grab the mike and start doing a stall. The next act comes a running and says , "if you are going to cut your act , let me know "?

NEXT BIG EVENT the lights and sound start going all crazy ..Michelle H does something electriciany and fixes something BUT we have a super long intermission cuz we couldn't get anything to work

in between shows I paint a lot of face....we don't even let people in till 10 minutes after show is supposed to start because ....
NEXT BIG EVENT the second show begins and the sound and lights start going crazy again..turns out some kind of plug thing (the intense 4 color ones wasn't really plugged in

we finish the show, everything is fine and we all drive to the next town.
Jimmy goes to double back for the bunk house,the blue 550 is in the shop..but he goes without a hitch(you need this for towing)because the hitch got moved to another truck to locate trailers while the stolen truck was still stolen

Sladek and Chaz chase him down , give him the hitch...

tomorrow is another day
normally things are pretty smooth

I thought they were my lights..they are just scene 3!! they are being used for other acts as well..

people can talk ill of me all day long but can they walk in my shoes?!!not that my shoes are anything desirable..

who in their right mind would want my life ?not that I am complaining.

I have 8 more scenes to design and I can't wait..